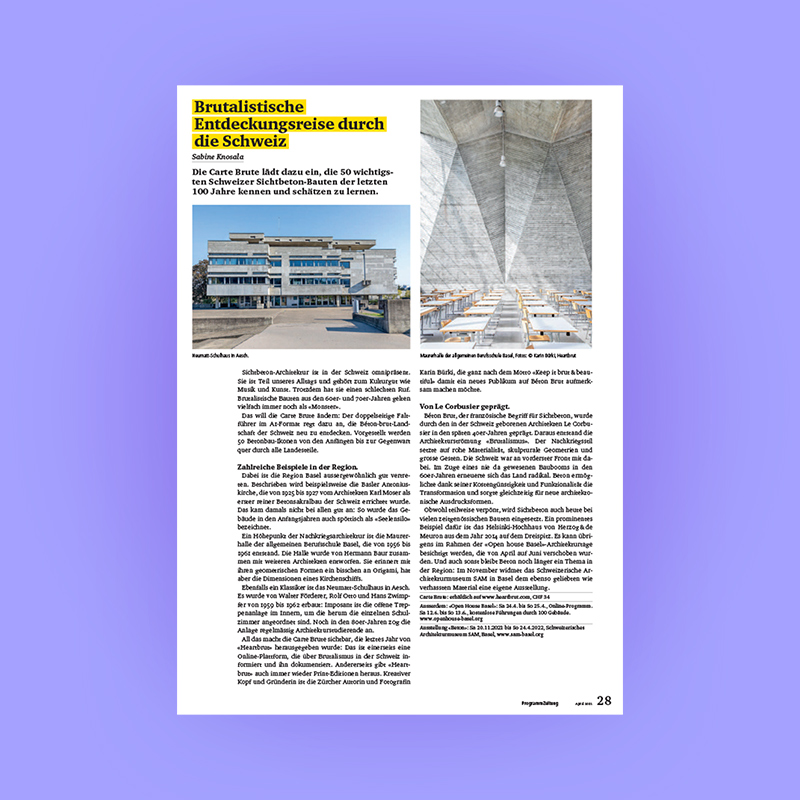 A Brutalist Expedition Across Switzerland

Exposed concrete architecture is omnipresent in Switzerland. It is part of our everyday life and belongs to the cultural heritage like music and art. Nevertheless, it has a bad reputation. Brutalist buildings from the 1960s and 1970s are often still considered “monsters”. Carte Brute wants to change all that: the double-page folding guide in A1 format encourages readers to rediscover Switzerland’s béton-brut landscape. It presents 50 concrete building icons from the beginnings to the present day from across all parts of the country.

The Basel region is exceptionally well represented. One example is St. Anthony’s Church in Basel, which was built between 1925 and 1927 by the architect Karl Moser as the first purely concrete sacral building in Switzerland. It wasn’t universally well received at the time: in the early years, the building was derisively referred to as a “silo for the souls”. The Basel General School for Trade’s Masonry Hall, built between 1956 and 1961 figures as a highlight of post-war architecture. Designed by Hermann Baur et al, its geometric shapes make it look like a piece of origami, albeit in the dimensions of a nave. Another classic is the Neumatt school building in Aesch. It was built by Walter Förderer, Rolf Otto and Hans Zwimpfer between 1959 to 1962: the open staircase inside, around which the individual classrooms are arranged, is impressive. Even as late as in the 1980s, the building regularly attracted architecture students. All this is made visible by Carte Brute, which was published last year by “Heartbrut”: on the one hand, this is an online platform that informs about and documents brutalism in Switzerland. On the other hand, “Heartbrut” also regularly publishes print editions. The creative head and founder is Zurich writer and photographer Karin Bürki, who has been working on this project for many years, true to the motto “keep it brut & beautiful”. 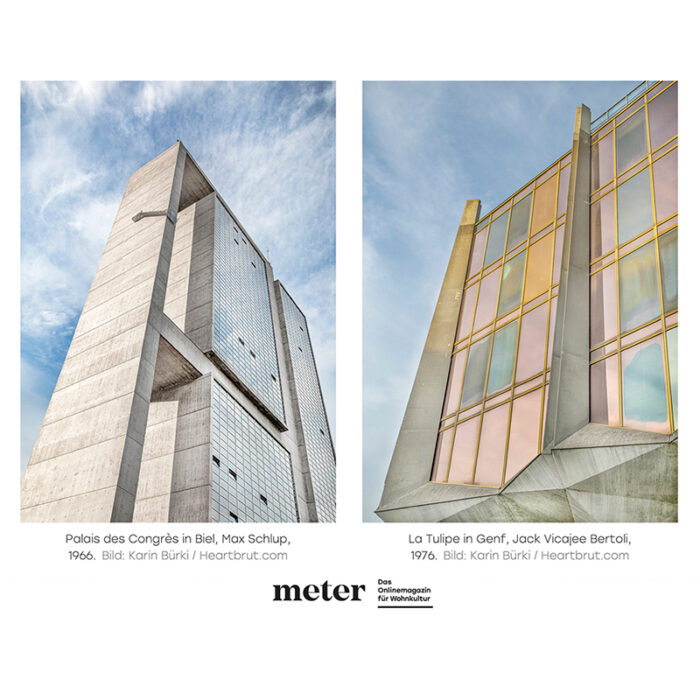 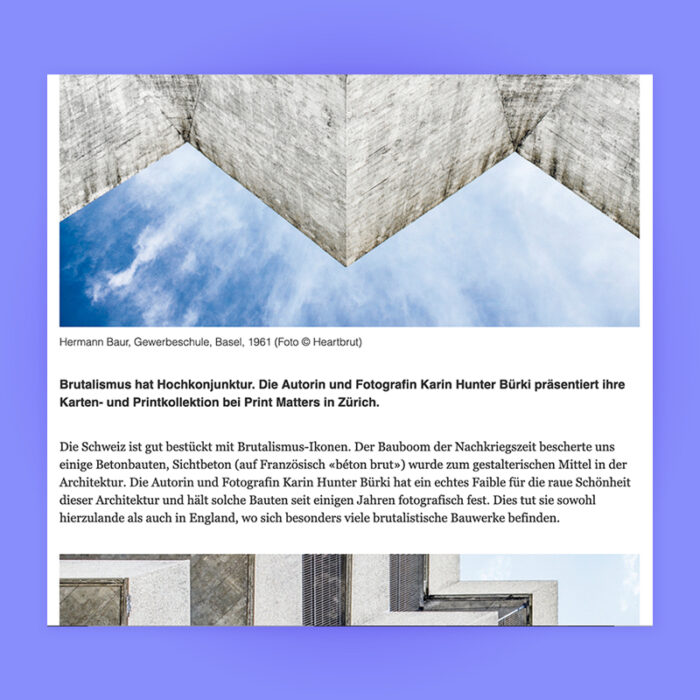 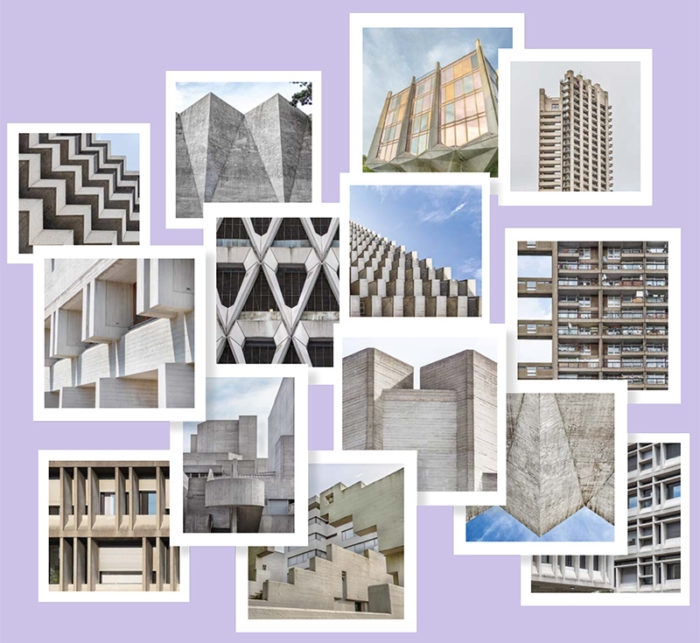