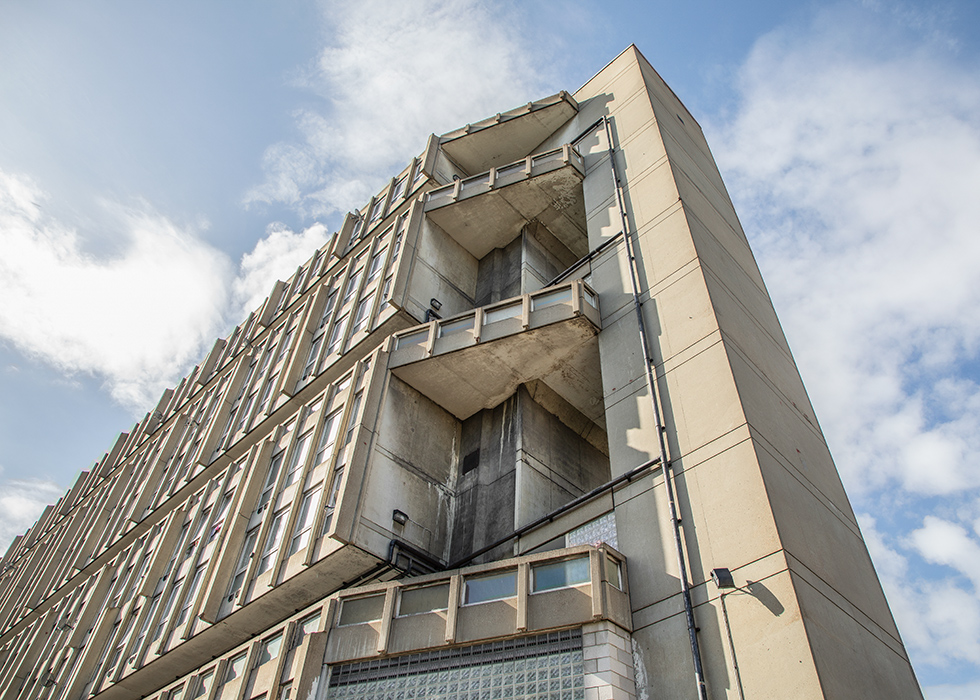 Believe it or not, this concrete cockney was built to make the world a better place. And who could possibly be better suited for the job than ‘New Brutalism’ pioneers Alison & Peter Smithson? Robin Hood Gardens was the couple’s first and only council estate commission. It was their opportunity to prove to the world their radical architectural concepts and social housing theories worked in real life. What could possibly go wrong.

Set in one of the more inhospitable areas on the Isle of Dogs, deep in London’s east end, the estate is bounded on three sides by heavy traffic. The original setting included two elongated, slightly snaking blocks connected by a lush park and a central two-storey high mound. In signature Smithsons style, the architecture is site-specific, placing ethics before aesthetics: the distinctive exterior concrete fins are a noise-reducing feature. The raised walkways, or ‘streets in the sky’, were intended to encourage interaction between neighbours. 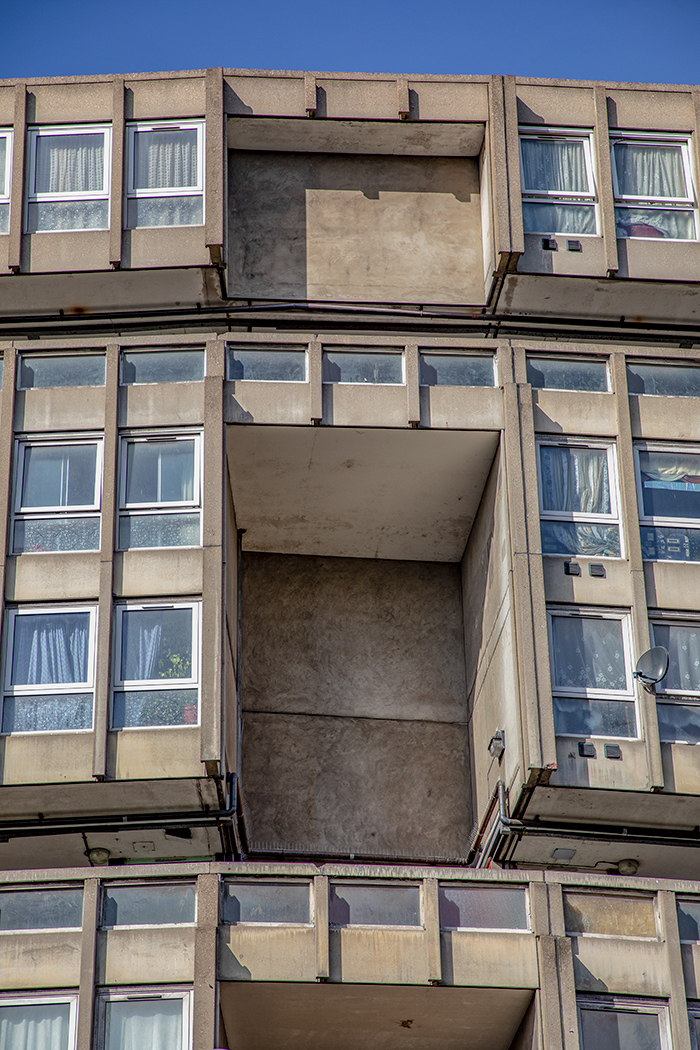 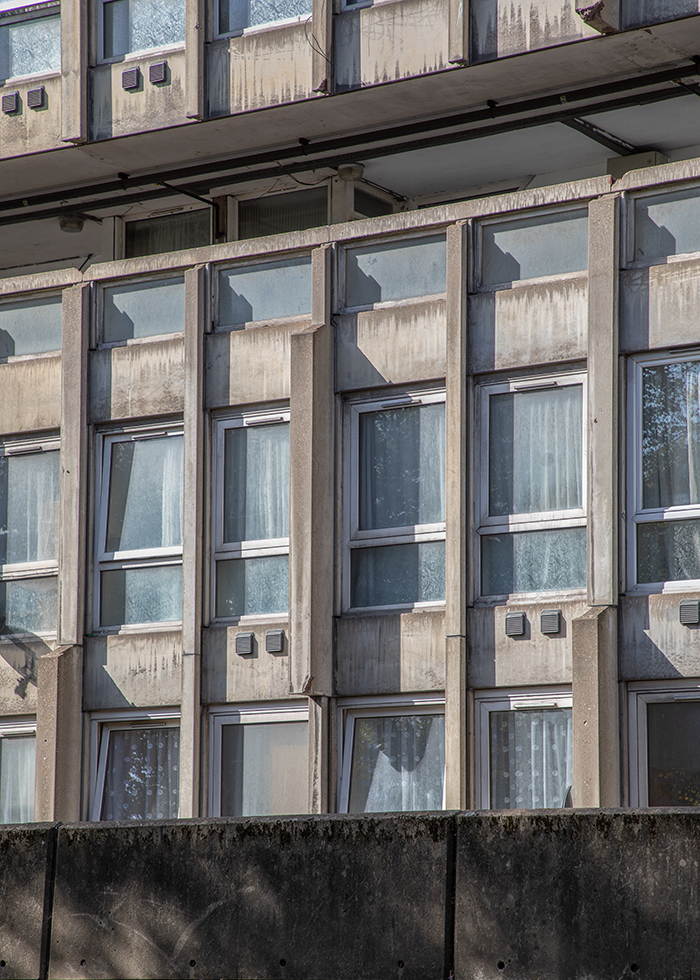 It didn’t quite work out as planned. The realities of vandalism, mismanagement, exploding costs and, above all, the decline of social housing, swallowed the utopia whole. The picture of Robin Hood Gardens has become the catch-all symbol of British Brutalism and failed council estate building. No other social housing scheme has attracted more damning public takedowns. It finished the career of the Smithsons.

At the same time, Robin Hood Gardens remains an important, relevant and internationally recognised work of 20th century architecture. It represents a defining moment in postwar Britain, when brutalism and the welfare state were at their very idealistic height, while its derelict present state lays bare how it all went horribly wrong. Take a look while you still can.

In 2015 Historic England rejected applications to award Robin Hood Gardens listed status, declaring it unfit “as a place for human beings to live”. The Cotton Street block was demolished in 2017, safe for a three-storey section acquired by the V&A. The east block, still with tenants, is to be scrapped, too, making way for luxury housing. 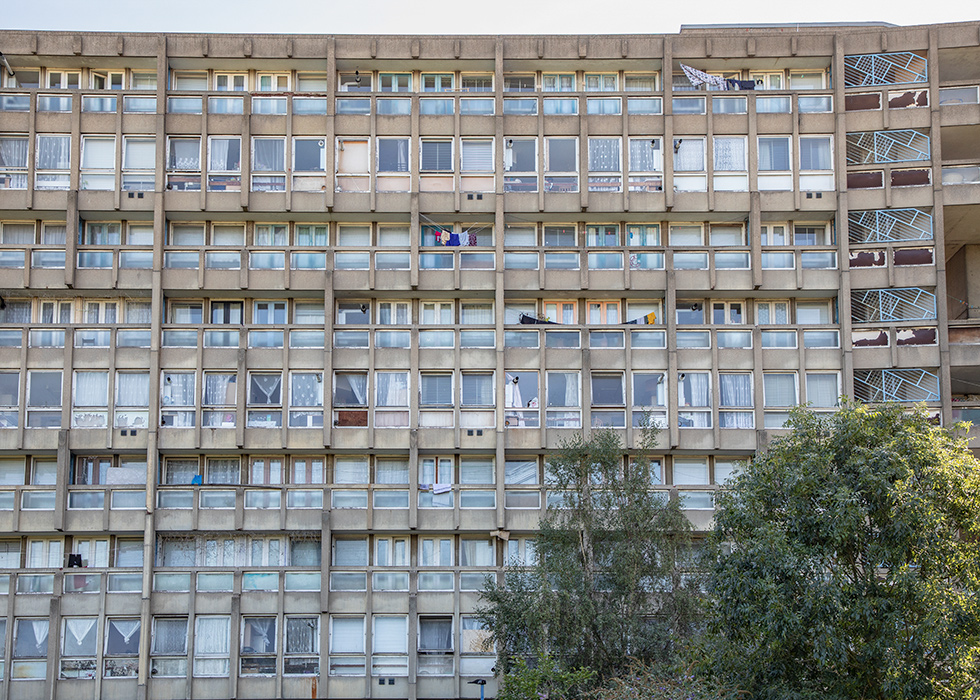