Looking like a battered and bruised béton brut dropout from a frozen JG Ballard future on an exposed Zurich foothill, this brutalist monolith leaves no-one cold

Unapologetically bold and brute, Triemli is absolute in its refusal to please. The 43-metre tower deliberately turns its backside on the city while giving the finger to aesthetic conventions. Of all the early Zurich brutes, it is the one that most faithfully sticks to what the influential British design and architecture critic Reyner Banham defined as brutalist qualities: “What characterises the New Brutalism is precisely its brutality, its je-ne-m’en-foutisme, its bloody-mindedness.”

The concrete tower cast a solitary figure in a city still clinging to cottage-sized architectural aspirations. From the outset, Triemli gained its fair share of detractors. Fearing a ‘Manhattanisation’ of Zurich, Tages-Anzeiger newspaper set the tone in 1957 with the headline ‘Alarm at Triemli’. In as late as August 2018, the tower was voted ‘Ugliest Building in Switzerland’ by the readers of the country’s most popular freesheet.

Ironically, much of the perceived ‘ugliness’ is the result of sloppily done 2013 refurbishment works, which left large parts of the facade splattered in ill-matching grey protective paint.

The residents themselves appreciate their compact, but well-cut flats and design details such as sliding doors. Each room has its own balcony allowing for far reaching views across the city and the wall of trees of adjoining Uetliberg mountain. Rent is affordable and access to both nature and the city centre easy and close.

Frustrating for some, as a listed building, Triemli tower is here to stay. 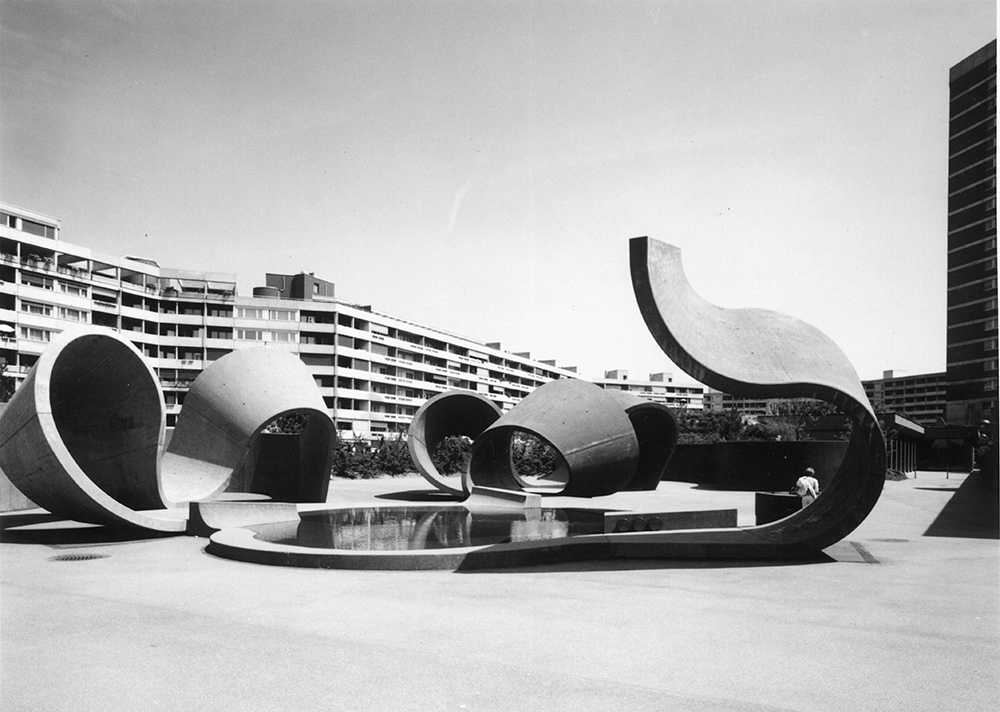