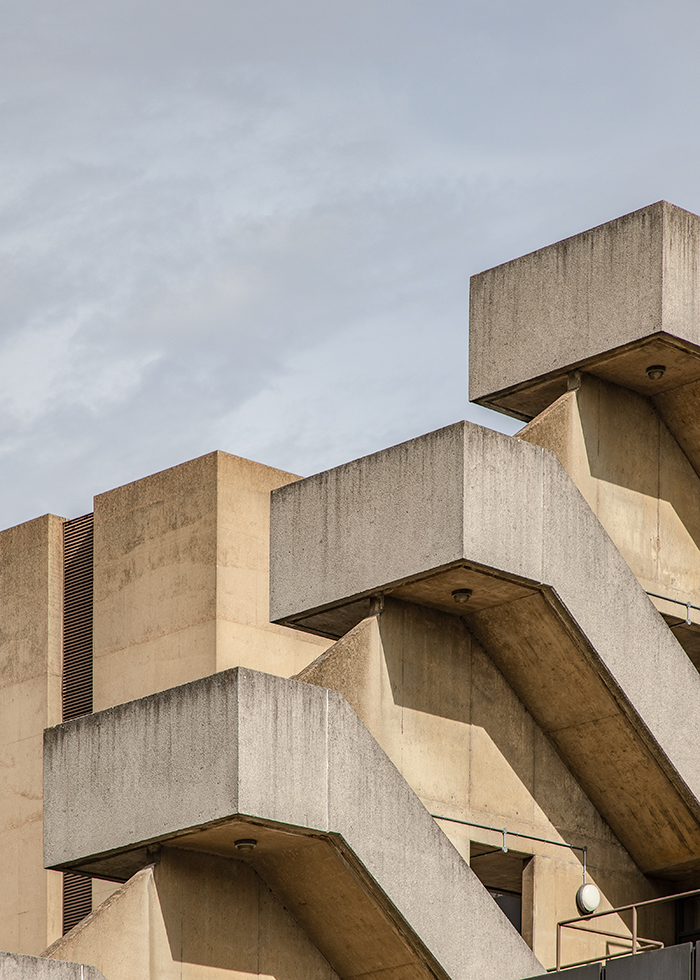 Another brutalist banger by the National Theatre architect, Institute of Education in in London’s genteel Bloomsbury shares many of Denys Lasdun’s design signatures: monumental build, geometric prowess, ziggurat structures, exposed service towers and staircases. A long spine holds all the different wings and elements together. The building is a bit of a hunk, unafraid to court controversy.

The Institute stoically weathered three decades of protest, planning obstruction and general bad rep before being awarded grade II listing in 2000. Lately, IOE had its place in the BBC sun as leading background in hit drama The Bodyguard (the high adrenaline scenes in the park in the concluding episode) and in the John Le Carré adaptation The Little Drummer Girl (where one of the wing blocks detonated in a cleverly orchestrated fake terrorist attack).

Talking of the Beep: if you fancy listening to Lasdun discussing his work and favourite records, google Desert Island Discs.